Day one consisted of cemetery/house hopping.

Our first stop was the Oconee Hill Cemetery. It’s a lovely, historic cemetery and the setting for a book called The Song of Daniel by Philip Lee Williams. It is a huge place and I had no clue how to find my relatives except for a photo I had of some steps with my great-grandparents’ names on them. I had the kids and Chuck on the lookout for Baileys and not only did they find some, but also some Eberharts, Seagraves, Bells plus a few other names that the kids thought were funny. It was the photo that saved the day – we found the steps and then nearby the graves we were searching for. I was so excited!

I had not been to the cemetery since 2000 for Aunt Marie’s funeral. Our little Juliette Marie is named after her as am I and my cousin Susan and my daughter, Leah. Juliette is also named for her mom, Claire Marie, her Noni and two great-grandmothers on her Mom’s side. We are all MARIE STRONG!!

I found the resting places of my grandmother and great-grandparents, also. We found a random Sorrells headstone, which is how my husband and I are connected, but that’s another story for another day. 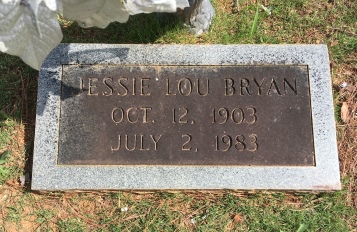 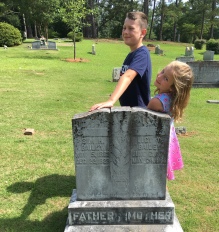 The next stop was the Friendship Baptist Cemetery in Danielsville. This is where Dad’s parents, grandparents, and other relatives are buried. I remember going here a few times as a kid when Mom and Dad would bring flowers and clean up the area a little bit. I also found the graves of Uncle (Give me some sugar) Eugued and Aunt Mabel Nash. Huff is a another family name and there were Huffs buried there, including my great-grandmother Annie Tallulah Huff Graham. 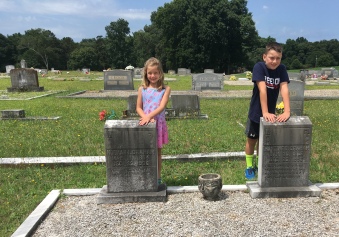 There’s a great story about one relative named Peter Hoff/Huff. Way back in the day, Peter Huff was a bootlegger who went by the name of Pint Peter since he supplied the pints for discreet drinkers in the area. When the government came in to put in a post office, they asked the people what to name the area. They said Pint Peter, but a misunderstanding resulted in it becoming Point Peter. Using gps, we were able to find the location, but the area is now referred to as the Glade. However, we did find a road sign, which led down a dirt road to a quarry. 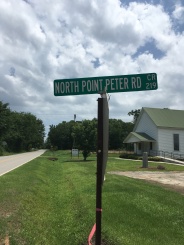 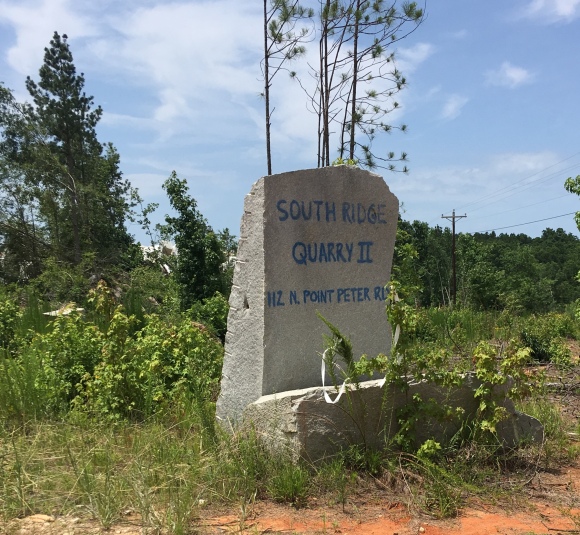 We headed back to Athens for lunch at The Varsity.

After lunch we located three old family houses in Athens. The first was on Sylvia Circle where we lived when I was about two. Again, it was a photo that led us to the correct house. The next was Grandma’s place on Vine Circle. It looked very much like I remembered it.  The last was a house where my great-grandmother Lucy lived in the 1940s. I found the address on a letter that was in a box of letters Mom had saved. I also have a picture of Lucy sitting on the steps of that very house which was built in the 1920s. I wanted so badly to go up and knock on the door, but I settled for taking a picture from the car window.

That night we once again walked to Mellow Mushroom for supper. Hey, if it ain’t broke…

Artist at work in Mellow Mushroom

Day one of Bell camp was full of family history and a walk down memory lane for me. 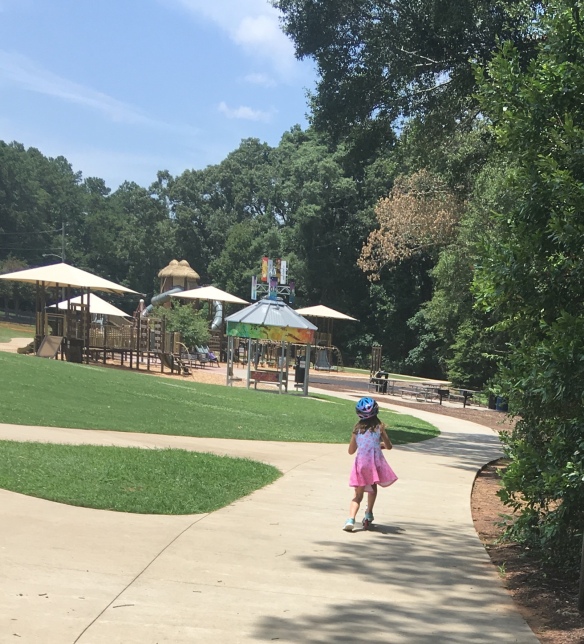