After breakfast at the Hyatt (which was great both mornings we were there) , we headed home via Lawrenceville to do one more house drive-by – the home of Chuck’s grandparents. Then we hit up Boulder Creek Coffee where JuJu found some hidden treasure in an old trunk upstairs! We let the kids get some wiggles out at the playground before hitting the road. 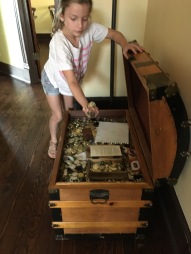 After we got to Bham and unloaded, JuJu and I went to get Ruby from the vet. This was the first time for them to meet and they were both excited.

This was Toy Story 4 Day. We started the morning with Toy Story 4 cereal. Kinda meh on the flavor scale.

The kids wore their t-shirts and even though I messed up the tickets I’d pre-purchased, the manager saved the day and we enjoyed the show. I laughed a lot and teared up a little. It was a hit with all of us! 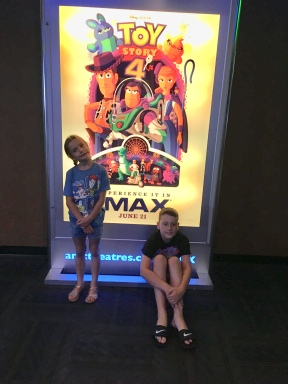 Afterwards we had an early supper at Jim-n-Nicks, then a little scootering around the neighborhood  and some Toy Story 4 Pez before the day ended. 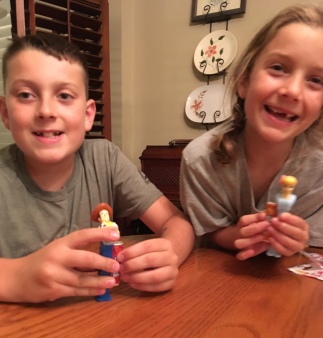