…my faith is so frail and flawed that I fall away over and over again from my God. There are times I feel that He has withdrawn from me, and I have often given Him cause…

So I struggle with my theology of failure and the Noes of God.

from The Irrational Season by Madeleine L’Engle

These words resonate with me. But, I have to think that it isn’t that God has withdrawn from me but that I have withdrawn from Him. That’s not to say He doesn’t have reason to withdraw and leave me in the dust. There is no reason to keep pouring into me. But He does. He gives me more grace. And sometimes I don’t even realize it.

Grace comes to us at different stages in our spiritual pilgrimage, and it accomplishes different effects and evokes different responses. But it is all grace. – Steve Harper

I not only struggle with failure but with guilt and doubt. I long to know confidence. That No from God, His holding back of my confidence, must be for my good. I need to use that No to stay humble, but not to doubt. To draw near and to go on. 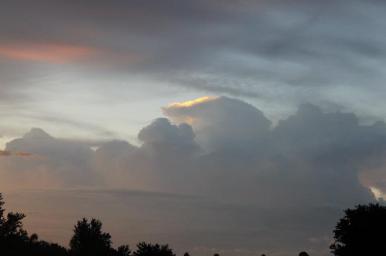 ….there are seasons in a believer’s life – and sometimes the seasons change suddenly…Faith is perplexed and yet goes on pleading. The psalmist does not use God’s baffling him as an excuse for disengaging with God but as an incentive to press on with him. from – The Way of the Righteous in the Muck of Life by Dale Ralph Davis

I don’t know just what season I’m in right now. It’s like the rainy season – sprinkled with showers of doubt; covered in clouds of despair. But sometimes, the clouds will break up and the sun will shine through and I am reminded that God is still there, always there, even when I doubt.

The Psalm begins this way in verses one and two:

Why do You stand afar off, O Lord  Why do You hide in times of trouble?

The wicked in his pride persecutes the poor; let them be caught in the plots which

Why? I’m always wondering why. I find myself too full of questions and doubt. But, the psalmist sees that God is good in verse fourteen:

But You have seen, for You observe trouble and grief, To repay it by Your hand.

The helpless commits himself to You; You are the helper of the fatherless.

Lord, You have heard the desire of the humble; You will prepare their heart;

You will cause Your ear to hear, To do justice to the fatherless and the oppressed,

That the man of the earth may oppress no more.

My prayer for myself is that God would change my whys into words of trust. That I would

trust in Him to shelter me in the days of darkness and give me joy in the rays of His grace.

Can a Christian be depressed? Or afraid?

Yes, of course. One example in Pilgrim’s Progress is in the character of Mr. Fearing.  Mr. Great-Heart explains it this way when asked why:

“There are reasons for it; one is the wise God will have it so, some must pipe and some must weep. Now, Mr. Fearing was one that played upon this bass.” (The bass is the lowest pitch or range)

He goes on, “The first string that the musician usually touches is the bass, when he intends to put it all in tune. God also plays upon this string first, when He sets the soul in tune for Himself. Only here was the imperfection of Mr. Fearing. He could play upon no other music but this, until towards his latter end.” Mr. Fearing could not overcome this until he was at the end of his life. Obviously, it hindered him.

The discussion goes on for a few pages. Then James, one of the young sons of Christiana, pipes up and says, “No fears, no Grace.” He was ahead of his time with that slogan!

Mr. Great-Heart responds, “Well said, James, thou hast hit the mark; for the fear of God is the beginning of wisdom.”

John Gill’s commentary explains the “fear of God” like this:

…by the “fear of God”, is not meant a fear of God’s wrath, of hell and damnation; nor a fearful distrust of his presence, power, providence, and grace; much less an hypocritical fear; but a reverential affection for God, and which is peculiar to the children of God, which springs from a sense of divine goodness, is attended with holiness of heart and life, is consistent with faith, even full assurance of it, and with spiritual joy in its highest degree…

I want to make bumper stickers now that read “no fears, no grace”. Maybe there is a Kickstarter campaign in my future?

Join 406 other subscribers
Follow Not In This Soup Alone on WordPress.com