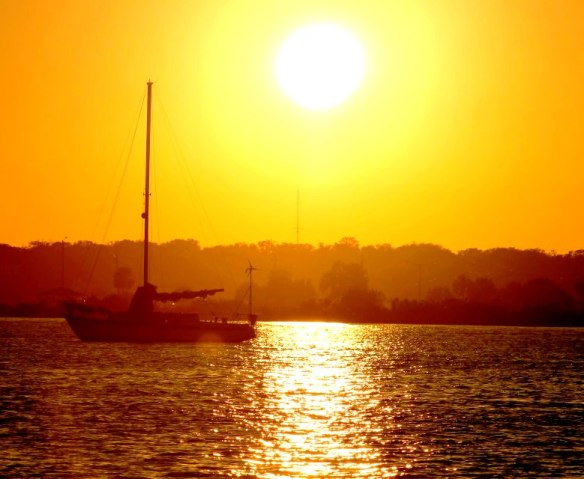 I’ve loved ABC books and A-Z lists for quite a while. This post is one in a series on writing, with the subtopic of poetry.

A metaphor is a figure of speech in which a term or phrase is applied to something to which it is not literally applicable in order to suggest a resemblance. It is a much stronger way of making a comparison than using a simile. Metaphors make a bigger impact and give a better description when they are not clichés.

Richness and meaning can be added with metaphors. Here are two examples:

One way to form a metaphor is to make use of the five senses, think about what you are describing and then say it IS that thing. For example, if a man looks like a pickled cucumber, you could say, “he was a pickle, oddly preserved”. Or, after the rain, you could say, “the cotton freshness wafted through the window…”.

Have fun with metaphors, but don’t go overboard. A well placed metaphor can help your reader to really see the story and feel the emotion you want to convey.

The poetry focus for M is Minute Poetry. The Minute Poem is rhyming verse form consisting of 12 lines of 60 syllables written in strict iambic meter. The poem is formatted into 3 stanzas of 8,4,4,4; 8,4,4,4; 8,4,4,4 syllables. The rhyme scheme is as follows :aabb, ccdd, eeff

Here is my attempt

Don’t know which way the winds will blow
I do not know
Will rains be soft
Keep love aloft?